(I may earn a small commission on the products linked to in this post.)

I ignored my symptoms and was misdiagnosed by doctors. Eventually, when my suffering became so bad, I took matters into my own hands and visited an allergist to be tested.

Discovering my severe allergies was an eye-opening experience and something I wish I had done earlier. Since being diagnosed with allergies I’ve learned more about my symptoms, taken medication, made adjustments to the way I live, and started allergy shots.

In this article, I’ll share why I suffered from allergies for so long without realizing it. I’ll share how I felt, where I got help, and what steps I took to improve.

Thankfully, I’m no longer suffering from allergies but I still have allergic reactions that I need to manage. 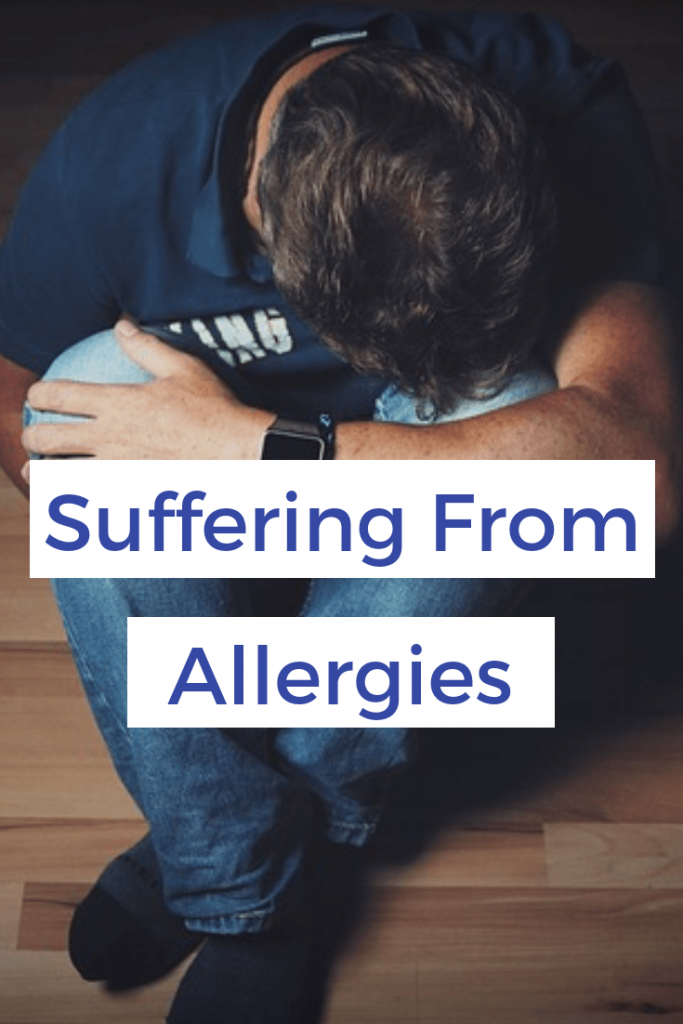 Why I Suffered From Allergies For So Long

If you’re reading this you might be suffering from allergies too. I grew up in a great home and a caring family. As a kid, I was active and healthy but I started to develop skin issues early in life.

I had breakouts of eczema and they were minor. I’d get itchy, red patches on my arms, legs, and around my eyes and mouth. I visited the doctor, he prescribed cortisone cream and said that eczema is common in kids and I’d likely grow out of it (his advice was true for most kids).

After hearing from a doctor I taught myself to ignore my symptoms and move forward with life. In the back of my mind, I hoped that eventually, my eczema would vanish.

As a high school student, I noticed my symptoms were becoming worse. The eczema breakouts lasted longer and they covered more of my body (neck, hands, ears). I also noticed I could no longer breathe out of my nose.

I thought to myself “are eczema and a congested nose related…probably not”.   I looked around at my classmates and wondered how they felt. After all, everyone is different right?

I also began sleeping more. I was active in sports so I attributed the extra sleep to being active. But even after a 10-hour sleep, I’d wake up exhausted. I wondered why.

In my 20’s I began to panic. I didn’t feel well and noticed that I was sleeping far more than my roommates. My eczema became even worse and my nose, eyes, and ears were always itchy. Most of the time I breathed out of my mouth.

These experiences with qualified doctors left me thinking the problem was within. Was it all in my head? Did I just need to toughen up and push through my symptoms? I started eating healthier, exercising more, and getting more sleep.

I continued to suffer from allergies.

In my late 20’s I was in a bad place. I was discouraged with the way I felt and I was no longer able to do the things I enjoyed like exercise and socialize (even staying out late made my symptoms worse). I was constantly anxious and irritable because I felt so bad.

At the age of 29, I went to an allergist, I had no insurance but I felt I’d do anything or pay any amount to get some answers. The doctor checked my symptoms then ordered an allergy test.

That same day that I found hope. Even though I tested positive for many allergens, I was excited because I discovered why I was suffering for so long.

Maybe it wasn’t all in my head after all. 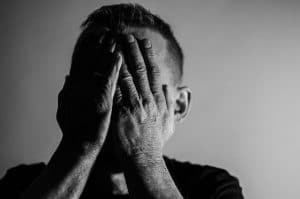 Allergies have a way of sneaking up on you, but symptoms can vary greatly depending on the person. Some people will have immediate reactions to allergens, like sneezing when being around a cat.

Other people will have delayed reactions and show symptoms later on (sometimes 1 or 2 days later).

We usually think of allergies as “sneezes, coughs, or swelling”.  I sometimes experienced a persistent cough, but mainly eczema, watery eyes.  Other people can experience asthma too.

Instead, I felt exhausted, I developed eczema, and my nose was always congested.

I had an excuse for all of my symptoms and they were the same excuses I heard from my doctors as a child.

Year-round symptoms are generally more difficult to detect because they become “normal”.

If you think you may have allergies you should first break down the type of allergy.

In this blog, I don’t cover food allergies but they can be managed and discovered by eliminating certain foods from your diet (Allergic Living is a good resource for food allergies).

Environmental allergies include a range of allergens found in the air.

Dust mites were an allergy that plagued me. I never slept well and always woke up with itchy skin and a stuffy nose (dust mites tend to live in our beds and our rooms).

Outdoors, pollens are the main culprit and can cause itchy eyes, eczema, and respiratory issues.

Strangely, my most problematic symptom was fatigue! I’m still not sure of the specific allergy that caused my fatigue (probably a combination) but I had little energy and could hardly get through a day – even with 12 hours of sleep the night before.

I also believe my congested nose affected my sleep.

I stopped using cortisone creams years ago because I feared side-effects on my skin if taken long-term (thinning, discoloring, dependence). The prednisone – which my doctor prescribed – was the most regrettable medicine I ever took.

Claritin, Allegra, and Zyrtec are all over-the-counter antihistamines that I’ve tried, however, I’ve only found relief with Allegra. They all work in similar ways but have slightly different ingredients and Allegra doesn’t make me tired. I still take a daily Allegra pill to this day.

The nasal sprays were also regrettable as they improved my breathing with steroids but didn’t help address my allergies.

It’s a bummer to think about, but it took me almost 30 years to recognize my allergy symptoms and get help. I’d hate for others to go through the same process.

Looking back, my doctors were too busy to give me the proper advice.  My family hoped  I’d “grow out of it” and I thought I’d feel better in the future.

It never happened. I was always optimistic but gradually I lost hope.

Even though visiting an allergist was a last resort, I’m glad I took the initiative to make an appointment with an allergist. It cost money but my health was more than worth the expense.

After I was tested I received excellent advice from my allergist. I began taking a daily antihistamine, I made improvements to my home to reduce the number of allergens, and I began allergy immunotherapy (allergy shots).

Over the course of a few years, the allergy shots helped reduce my severe allergic reactions. I still have to be careful with my allergen exposure but I’m no longer suffering from allergies.

I didn’t realize how much allergies were sapping my energy until I received treatment. I began sleeping better and I’d wake up feeling refreshed.

If you’re frustrated with your allergies, then check out these unique allergies – it will make you feel better about itchy skin and watering eyes.

I suffered from allergies for 2 decades. It’s embarrassing to admit that it took so long to understand my symptoms but I’m glad I eventually got help.

On my blog, I share my experience with allergies to inform and help other people. I felt miserable for way too long and I don’t want others to suffer from allergies as I did – especially kids that may not have the family support.

If you experience symptoms that relate to mine I’d encourage you to get help and visit an allergist (not a GP, not a dermatologist, not an ENT…an allergist).

Getting tested for allergies opened my eyes and led me down a path to feeling better. Thanks for reading another Dust Mite Solutions article. Check out my blog to find more helpful tips!

Deprecated: Directive 'allow_url_include' is deprecated in Unknown on line 0